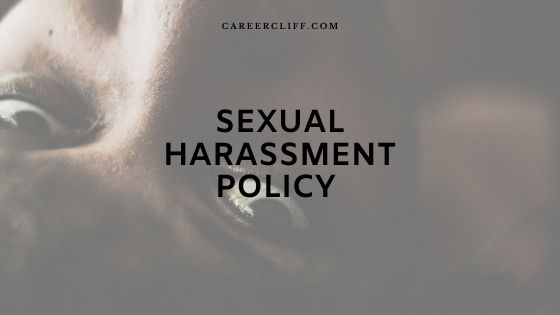 Employers and their supervisors cannot demand sexual favors for women in exchange for employment. For example, a woman’s boss cannot threaten termination because of her denial of sexual needs.

Employers must provide employees with detailed information about the company’s grievance process and also define the types of sexual harassment-making behaviors.

Certain legal protections may be lost if employees fail to follow a reasonable complaint procedure. Employers must investigate complaints and take steps to stop sexual harassment.

Women who are sexually harassed at work can file a complaint with the US Equal Employment Opportunity Commission. The filing deadline is short.

Generally, a complainant may have 45 to 300 days to file after the harassment, depending on the state in which it occurred and whether a private or public employer was involved.

State employment commissions have separate grievance mechanisms governed by individual state laws. Victims can also be sued in most cases.

Victims can sue for compensatory damages, which include things like physical pain and suffering, and emotional damage.

Compensation losses depend on factors such as the severity and frequency of the harassment.

Victims may also recover special damages, which may include damages for harassment, such as loss of employment or compensation related to harassment counseling fees.