What do the most successful do before breakfast?

Let’s learn below what are the things that the most successful do before breakfast:

1. They show their appreciation

Do you think about how glad you are when you first open your eyes or do you grumble about having to start another day? Some of the most successful people start their days by thinking about how fortunate they are, rather than worrying about how stressful and difficult the day ahead would be.

Positive reflection allows you to accurately set your mindset before your feet even touch the ground, creating the way for an upbeat and happy workday. This purposeful display of thankfulness, according to a pharmaceutical CEO, offers her a clear image of not only her own day but also the days of her employees.

Sebastian Juarez, the CEO, and co-founder of eTips concurs. When he wakes up, he says he tries to “focus on basic things that I am actually glad for, such as having such a wonderful family, living in such a lovely environment, anything I may be grateful for.” That greatly aids me in maintaining a pleasant mood throughout the day.”

2. They work out before it becomes an afterthought on their to-do list

Exercise appears to be the most popular morning pastime among the wealthy and powerful, whether it is lifting weights at home or going to the gym. Xerox CEO Ursula Burns plans an hour-long personal training session twice a week at 6 a.m., Christie’s CEO Steve Murphy does yoga in the mornings, and Starwood Hotels CEO Frits van Paasschen runs for an hour every morning at 5:30 a.m., according to Vanderkam.

“These are really busy individuals,” Vanderkam explains. “They must value exercise if they make time for it.”

Aside from the fact that exercising first thing in the morning prevents them from running out of time later, Vanderkam claims that a pre-breakfast workout reduces stress later in the day, counteracts the effects of a high-fat diet, and enhances sleep.

3. They check and reply to their important emails

Some time management experts recommend delaying responding to emails as long as possible, but according to a recent poll, most CEOs check their email first thing in the morning.

It might simply be a fast scan of your inbox for items that require immediate attention, or it could be an excellent time to write a few crucial emails. In either case, handling it early allows you to focus more on your inbox and other tasks that require your attention while your mind is still fresh.

Consider this carefully. Can you plan your day adequately if you don’t know what you need to do? You can better plan what still needs to be done by clearing your email early. Gretchen Rubin, the author of The Happiness Project, says that clearing her email first thing in the morning makes it easier to focus on more difficult work later in the day. 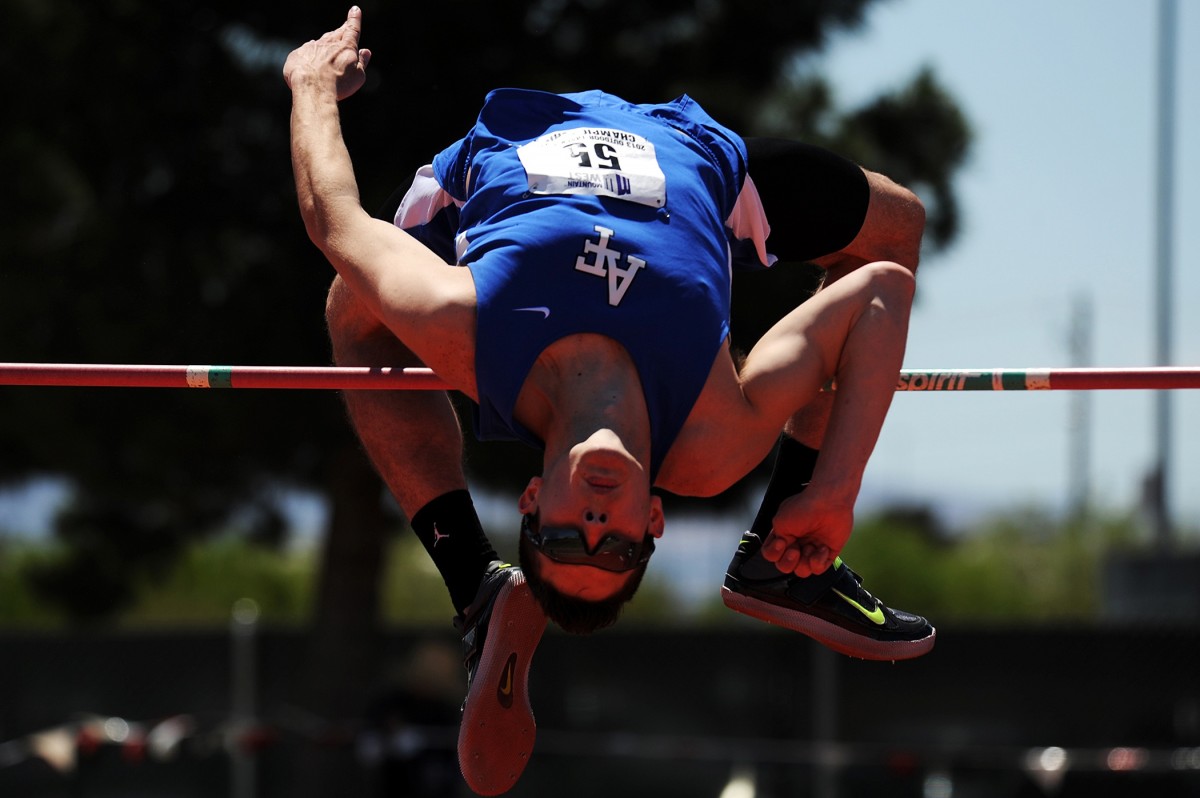 4. They make a list of what they want to get done that day

You can’t face the day effectively until you know what’s in store for you and what you need to do. Instead of playing catch-up with all of the things you’ve forgotten about, you may set yourself up for a day of success and productivity by detailing what needs to be done. Early morning planning can help you keep on track after your hectic work hours have begun.

You may use a basic piece of paper to make your checklist, or you can use Evernote or another GTD program. The most essential thing is to be consistent and do it every day. Check off tasks as you finish them so you know what you’ve achieved and what’s remaining to do.

“Not only work-related chores,” adds Kacie Gonzalez, Vice President of Business Development at Shoto, “but also personal ones like trying that new class at the gym or making supper.” She advises that before starting a new list for the day, you should review the previous day’s list to see what wasn’t completed. You won’t forget about it this way since it will still be on your mind.

5. They get up early in the morning

Time has an odd way of slipping away from you, and successful individuals frequently find that their days are overrun by phone calls, meetings, and crises from the time they enter the office. Early mornings, on the other hand, are far more manageable. This is why some of the world’s most successful people get up before the sun rises, cramming as much time as possible into their day.

Disney CEO Bob Iger, for example, wakes up at 4:30 a.m. every day to read, while PepsiCo CEO Indra Nooyi gets up even earlier, at 4 a.m.

6. They are working on a high-level corporate project

The early morning hours might be an excellent time to concentrate on a critical business assignment without being interrupted. Furthermore, working on it first thing in the morning assures that it gets your attention before other things (kids, workers, employers) do.

We can take the example of business strategist Debbie Moysychyn, who thought she couldn’t get anything done because she had so many ad hoc meetings and interruptions throughout the day.

She began to conceive of the early mornings as project time, focusing on one high-priority project each day. At 6:30 a.m., not a single coworker had come in to see her. She was finally able to focus.

7. They strategize and plan when they’re still young

When you’re in the middle of things, planning the day, week, or month ahead is a vital time management tool to keep you on track. Using your mornings to perform big-picture thinking may help you focus and set the tone for the rest of your day.

Christine Galib, a former banking executive who is now a teacher, gets up at 5 a.m. on weekdays, exercises, reads a few Bible passages, and analyzes her day’s chores before preparing breakfast. This practice, she claims, makes her days more bearable and productive.

8. To sharpen their brains, they meditate

Because Type-A personalities expect as much from others as they do from themselves, disconnecting from their mental to-do lists and calming their minds can be difficult for them. Many successful people commit themselves to a spiritual practice such as meditation or prayer before leaving the house to concentrate on the day ahead.

To sharpen her mind, Manisha Thakor, a former business executive, practices transcendental meditation. She meditates for two 20-minute periods a day, one before breakfast and the other after dinner, focusing on breathing and reciting a mantra in her thoughts. It’s “one of the most life-enhancing habits” she’s ever encountered, she says.

9. They spend precious time with their loved ones

We may extol the family supper, but there’s no rule that says you have to have a huge family meal at night. Some successful individuals devote time to their families in the mornings, whether it’s reading books to their children or making a large breakfast together.

Unless she’s traveling, Judi Rosenthal, a financial adviser in New York told that mornings are her particular time with her little daughter. She assists her with getting dressed and making the bed, and they occasionally collaborate on creative projects. They also prepare breakfast and gather around the table to discuss current events. “The most important time I have in a day,” she says of those 45 minutes.

10. They come up with a plan for the day

Every day, Gary Rawding, chairman, and CEO of myServiceForce seeks to do so. “It’s the thing that gets me thrilled and makes me feel fulfilled at the end of the day,” he adds. Even before I get out of bed, I prefer to have that “thing.” That adds to the fun of the day.”

11. They are working on a personal project that they are passionate about

When you’ve been in meetings all day, are exhausted and hungry, and need to figure out what to make for dinner, it’s easy to put off writing a novel or creating art. That’s why many successful people work on their personal projects for an hour or so before starting their days.

Charlotte Walker-Said, a history teacher, informed Vanderkam that she works on a book about West African religious politics between the hours of 6 a.m. and 9 a.m. Before dealing with her teaching obligations at the University of Chicago, she can read journal papers and compose many pages.

She would be more likely to write if she set out time in the morning to do it and made it a habit. One study of new professors found that writing a little amount every day rather than in short bursts increased their chances of getting tenure.

12. They get up and prepare their beds

Making your bed every morning, according to Charles Duhigg, author of The Power of Habit, is linked to higher productivity. He calls this a “keystone habit” that will spark off a cascade of other positive behaviors.

To put it another way, making your bed doesn’t instantly make you get more work done, but it does help you be more productive and motivated throughout the day. It just takes a few seconds, yet it may result in several hours of extra productivity throughout the day.

People who make their beds are “more likely to like their employment, own a house, exercise frequently, and feel well rested, whereas non-bed-makers despise their jobs, rent flats, skip the gym, and wake up fatigued,” according to Judy Dutton of Psychology Today.

13. They are reading the newspaper

Every day, GE CEO Jeff Immelt begins his day with an aerobic workout before reading the newspaper and watching CNBC. While on the stationary bicycle at the gym, Virgin America CEO David Cush listens to sports radio and reads the newspaper.

14. They have coffee dates with strangers

Having coffee or breakfast before heading into the workplace is a wonderful alternative if you want to make it home for the evening but still need to network with people. A networking breakfast is less disruptive than lunch, and according to Vandermkam, they’re more likely to stay work-oriented than cocktail parties.

Every Wednesday, Christopher Colvin, a New York entrepreneur and lawyer, attend a networking breakfast. “I feel fresher and more creative in the mornings,” he says, making this the best time for networking. My head is more muddled by the end of the day.”

15. They spend quality time with their partners

The ideal time to connect with your partner is generally in the morning. You’re fatigued from the day’s activities by the time evening arrives, and you may be even more drained after preparing supper. This is what the most successful do before breakfast. Then, before going to bed, you’ll want to relax a little. As a result, many successful people make it a habit to interact with their spouses first thing in the morning.

While this early morning connection has the potential to become flirtatious, it doesn’t have to. One CEO she talked with commutes to New York City every morning from the suburbs, making use of the hour-long journey to discuss their life, weekly plans, household to-do lists, money, and other vital things.